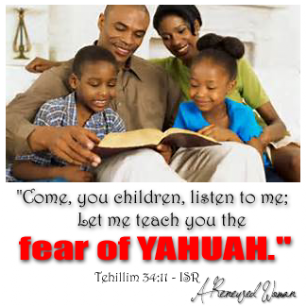 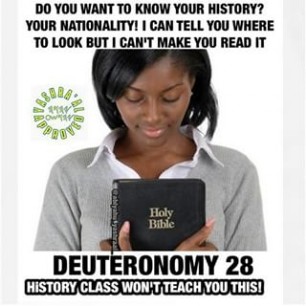 This site is loaded with information, that reveal the truth to you from Scripture, History and Archeaology records that the so-called Black people of the Americas are descendants of the ancient Israelites and why it is critically important for the entire world to know who the true Hebrew Israelites are today. Israeliteway is non-religion, non-denominational body of truth seekers. We DO NOT subscribe to any racial superiority motivational doctrine.
This Information is not anti-semitic. We do not hate Jews, but we will show you from scripture that the people known as Jews are not descendants of ancient Israel. They do not fit the prophecies concerning Israel and they do not suffer the curses (punishment) that were placed upon the true Children of Israel by the Most High!
They cannot provide any evidence through archeology or through the Holy Scriptures on their claims on being the chosen ones and/or being the descendants of the ancient Biblical Israelites, however the information that we have provided is derived from the Holy Sriptures and through historical facts. It would be strongly suggested that their strong credible evidence needs to be based on the same (without claims, opinions or man made theory's)
We will show you the scriptural fact that the so called Blacks of the Western Hemisphere who were brought here as captive slaves have fallen under those curses more so than any other group of people on the planet. According to scripture the descendants of slavery are the true biblical Israelites, this site shows you how and why we are the true children of Israel. We also show you why it is important to know who the true Israelites are today. Your very salvation is based on knowing all this information! 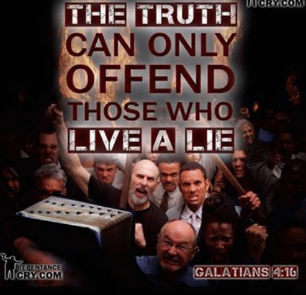 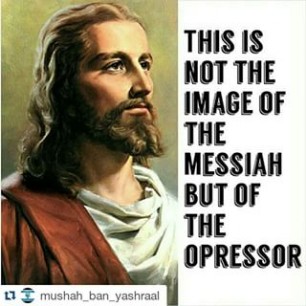 WHAT IS A HEBREW ISRAELITE
Hebrew Israelite is NOT a Religion. Hebrew Israelites are the bloodline decedents of Abraham, Isaac and Jacob. The true Israelites can be identified only thru prophecy and history which bares record that they were scattered among the lands of the Gentiles/Europeans, the sons of Japheth. Israel was taken from their land of nativity and brought into the Americas and the Caribbean in slaves ships and sold for female and male slaves. According to Deuteronomy 28:68.
Hebrew Israelites ended up in North and South American, the Islands and scattered among the nations because of our Ancestor’s disobedience to the covenant they established with the Most High at the foot of Mt Sinai, (Ex19:1-9) after Moses lead the Israelites out of Egyptian bondage. The slave masters designed an elaborate scheme to destroy our history, knowledge, way of life, erasing our memory and stole our identity. We have been forced fed a lie ever since and it is difficult for many to accept the truth of whom we are. Psalm 83:4’.
The Hebrew Israelites came from Canaan through the lineage of Abraham, Isaac and Jacob. The Israelites practiced the faith of their forefathers as commanded by the Creator through Moses and written in their history book, the holy scriptures. The Majority of Israelites have black skin, according to the Holy Scripture. Lam. 5:10, Solomon 1:5,6, Job 30:30. ‘Because of slavery and a scattering, the Hebrew Israelites are not known to the world as the true Children of Israel, it is 'the world's best kept secret.
Are all blacks Hebrew Israelite?
Not all African Americans, Blacks, Negroes are Hebrew Israelites. Through so many passage of scripture we can identify the true Nation of Israel by the curses (punishment) spoken of in Deut 28 &amp;amp; Lev. 26... &amp;quot;(Jer. 17:4, Deut 28:46)... and they shall be upon thee for a sign and for a wonder, and upon thy seed for ever.
Why is this TRUTH not taught in the Church?
Some don't know due to blindness (Deut 28:28; Rom 11:25), some lack understanding (Jer 5:20; Mt 13:13) while others rebel (Jer 5:20-27; Ezk 12:2-28; some are in waxed gross &amp;quot;daze, lack understanding, harden hearts (Acts 26:28-31), some don't believe.(2Cor 4:4) Furthermore, this is not a common teaching in the organized religions. However, some people seem to feel as though it doesn't matter about our history. (Mark 7:8,9), (2 Thes 2:10,11).
Who are the people in Israel today?
The people in Israel today are Jews, Khazar converts the descendants of Japheth (Gen 9:27). Their nationality traces back to the European Khazar, and Ashkenazi Empire. The Jews are not the bloodline descendants of Abraham, Isaac and Ya’aqob (“Jacob”).
Why is it so important to identify the true Israelites?
We need to identify Israel because in order for us to see change in our people globally, we have to identify the cause that got us in the condition we are in today. We must repent of our transgressions and strive to work together as a nation. We are the only ethnic group of people who cannot work together as a nation. We have too many religious affiliations, which continue to divide us as a nation. We were tricked and duped into accepting the doctrines and philosophies of these religious institutions which cannot guarantee anyone salvation….The Nation of Israel is known as the chosen people, but scholars and others never say what they are chosen to do. The bible is very clear about the job of Israel and the reason they were chosen. The chosen people were chosen for one major reason and that is to bring the rest of the sons of Adam into the truth of YAH. The Israelites are not the only ones to gain salvation, but it was and is our job to teach the world the truth about the Most High and His laws, statues and commands. John 4:12….;Salvation is of the Israelites.
Israelites lived in Yahrushalum until they were persecuted and taken captive by the Romans in 70AD. Seeking to escape destruction, millions of Hebrew Israylites fled into AFRICA! Due to forced migration Israelites journeyed through the Assyrian / Babylonian Peninsula and across the Trans-Saharan into the coast of West Africa. The Hebrew Israelites eventually came over by the millions in the Middle Passage and was scattered into the Land of the Americas and the various Caribbean Islands AKA the African Slave Trade.
We have a responsibility to educate ourselves and rediscover our true history. Knowledge of self is the key to unlocking the door to the future. A race of dead people with a dead history has no hope for resurrection as long as they remained ignorant of their past is a triple death - the death of the mind, body, and spirit.

We highly encourage you to watch this powerful video presentation lesson. Every man, woman and child regardless of your religion, non-religion or philosophy. It is knowlege that challenges tradition and exposes falsehoods.

The Most High never replaced the Israelites with Christians. The name Spiritual Jew or Spiritual Israelites cannot be found anywhere in the Bible. This is another false doctrine created by Christianity. "Prov 30:6  Do not add to His Words, Lest He reprove you, and you be found a liar."
Deu 7:6  “For you are a set-apart people to Yahuah your Elohim. Yahuah your Elohim has chosen you to be a people for Himself, a treasured possession above all the peoples on the face of the earth.
Isa 41:8  “But you, Yisrael, are My servant, Yaʽaqoḇ, whom I have chosen, the descendants of Aḇraham My friend,
Isa 41:9  whom I have taken from the ends of the earth, and called from its farthest parts, and said to You, ‘You are My servant, I have chosen you and have not rejected you.
Rom 11:1  I say then, has Elohim rejected His people? Let it not be! For I also am a Yisra’ĕlite, of the seed of Aḇraham, of the tribe of Binyamin.
Rom 11:2  Elohim has not rejected His people whom He knew beforehand.
Heb 8:8  For finding fault with them, He says, “See, the days are coming,” says Yahuah, “when I shall conclude with the house of Yisra’ĕl and with the house of Yahuḏah a renewed covenant,
Heb 8:10  “Because this is the covenant that I shall make with the house of Yisra’ĕl after those days, says Yahuah, giving My laws in their mind, and I shall write them on their hearts, and I shall be their Elohim, and they shall be My people. HALLELUYAH! 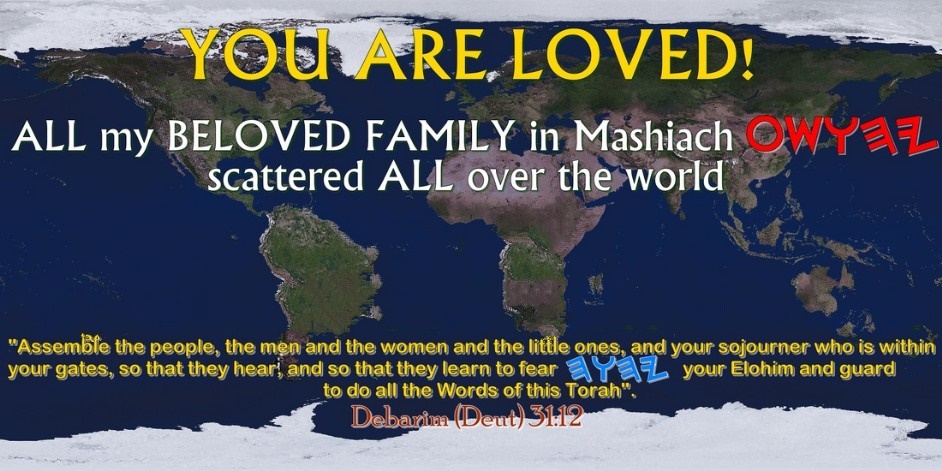 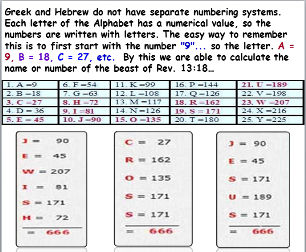 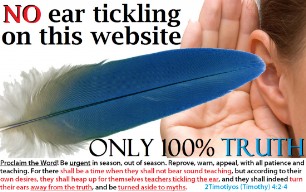 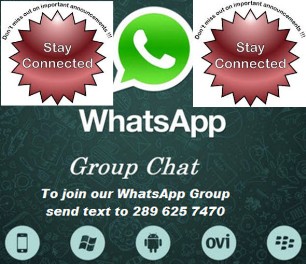 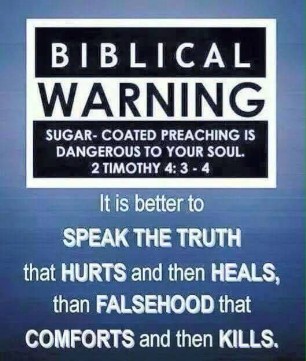 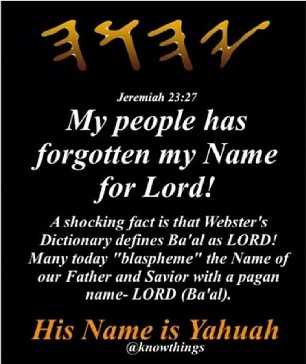 DISCLAIMER
All content posted on this site that is commentary or opinion is protected under Free Speech. No responsibility is accepted for content written by contributing authors. The information on this site is provided for educational purposes only. No responsibility is assumed for the use or misuse of this material. It is up to the reader to decide for themselves what they want to believe. We encourage you to use your intuition and decide for yourself what resonates with you, what is true and whether it can be applied to your life. If you do decide to use any of the content for lawful or legal use, you do so under your own accountability. We acknowledge that people have the ability to discern from the source of their own wisdom to search and find the answers. We intend on providing factual truth and expose falsehood as we believe in the human right of freedom of speech and the human ability of being able to discern for oneself.
Back to content